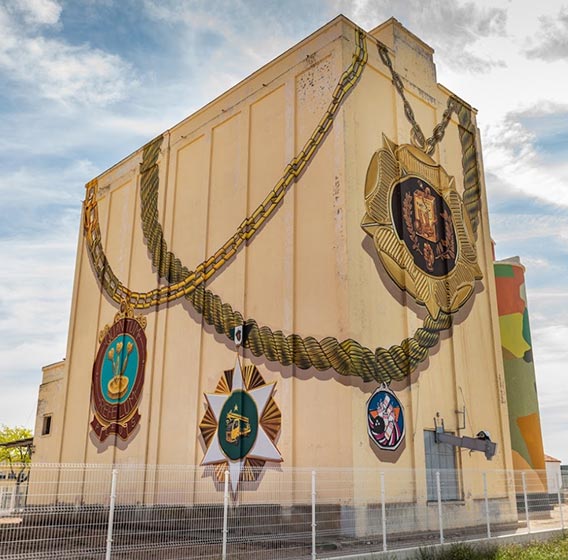 "There are a number of concepts behind our intervention. First, it represents 15 years of working together as artists and friends: each medal symbolizes a story from some of the projects we’ve worked on in recent years. It also reaffirms the building from an architectural standpoint: “decoration” in the sense of an award or honor and not just ornamentation. For us, it’s important to reaffirm the object in itself and not its political history. Finally, there’s an irony in the use of gold and its contrast with bread, a basic product produced by the silo and one that, in reality, was always represented as luminary and powerful in the imaginary of the 20th century."