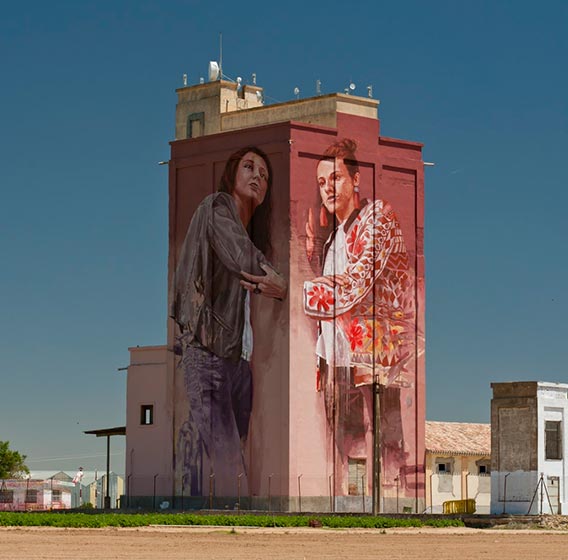 It’s on the enormous silo in Herencia, visible for miles around and set against the iconic backdrop of windmills, that Fintan Magee has left his mark, the fruit of his first opportunity in Spain. Famous for his blend of hyperrealism that mixes social themes with ecology, and inspired by the local climate and landscape (“there’s something dreamlike about open and empty spaces like this”), the Australian has sought to capture his motivation for participating in Titanes on three of the walls of the silo. Fintan has depicted a number of human figures for posterity: “two of the local social workers and one of the people who works with them”, members of Laborvalía. It’s another example of the inclusion of people with disabilities who have again actively participated in the artistic intervention on the silo. The images speak for themselves in terms of the quality and commitment of the intervention.